While most pond owners aim to reduce seepage by installing an impermeable liner, there is a natural function to the effect. Seepage is the primary process through which groundwater supplies recharge over time. By reducing the seepage occurring in your pond, you can interrupt this recharging cycle and slowly reduce the total productivity of the aquifer you’re tapping. Consider other ways of contributing to the recharge of groundwater supplies with these tips.

The Natural Role of Seepage

Naturally formed lakes, rivers, and streams don’t feature liners along the bottom to keep water in. This means that every pore and crack between particles of sand and soil offers the opportunity for water to trickle down into the groundwater supply. Natural seepage also flows in the opposite direction, with many large bodies of water primarily recharged by groundwater seeping inward instead. If a groundwater supply is completely tapped or fails to recharge through seepage, it can also reduce surface water volume by reducing its outward flow. Maintaining a good exchange of water between surface and groundwater supplies is essential for both.

Other Options for Measured Release

Allowing water to escape naturally through the bottom and sides of your pond isn’t the only option for groundwater recharging. It’s often far from ideal since natural seepage can destabilize the soil supporting your pond’s banks, leading to a collapse that releases a large amount of damaging water. It’s better to rely on metered discharge systems that pumps water out on a regular basis and spread it across a large drainage basin for rapid absorption. Spreading out less than one inch of water over a large surface with each release speeds up infiltration into the soil before the water is lost to evaporation. This kind of measured recharge is often released in crop fields and orchards to double as a form of irrigation while refilling the hidden groundwater supply deep below.

Improving soil quality in the drainage basins, can speed up infiltration to maximize seepage rather than evaporation. Soils high in organic matter absorb water faster and allow it to trickle down to the aquifer level rather than staying bound in the top inches under the surface. Sandy soils drain quickly, but they also tend to form over porous water tables that don’t recharge well. Clay soils are great for holding water, but don’t work well for infiltration zones for recharging groundwater supplies. You may need to plow and till the soil and add amendments like compost and finely ground pine bark to create a highly permeable zone before achieving the desired groundwater infiltration rates.

Injection wells and underground drain systems can also give you precise control over what water flows back into the groundwater supply. If you’re wondering how building a storage pond might affect your water supply, discuss your concerns with a hydraulic engineer to design a custom program for a renewable natural system. 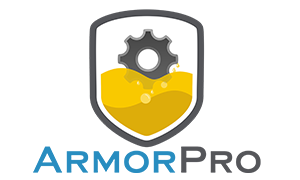