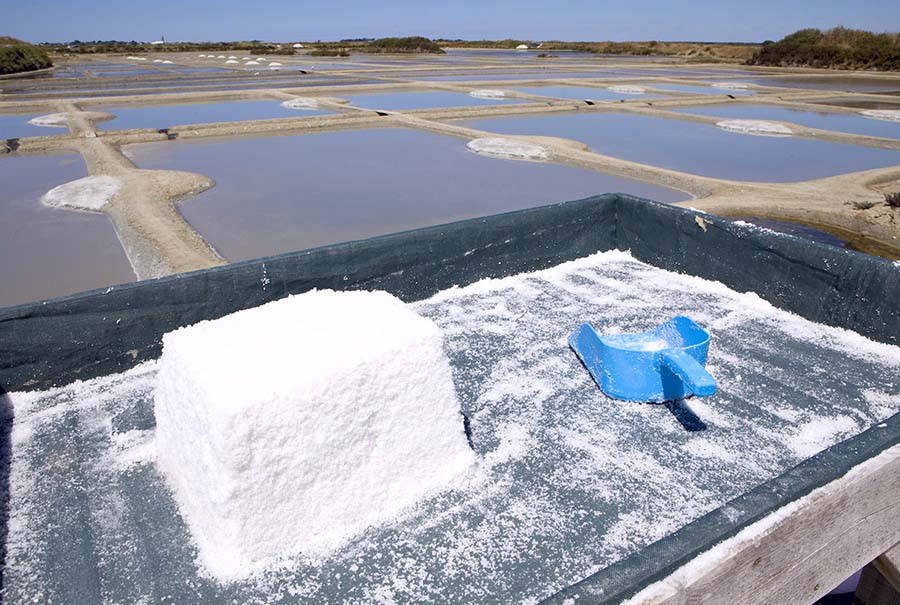 Salt ponds are a very common type of evaporation pond. They actually date back to the mid 1800’s and can be called by various names, such as: salterns, salt works, salt pans, and salt ponds. These ponds are used for efficient salt mining and production.

The process of salt mining is very straight forward and simple. First, ocean water or brine is collected into evaporation ponds. These ponds are typically in close proximity to the coast to eliminate, or reduce, the need for water transport and delivery. Many salt ponds operations actually utilize natural water accumulation in these areas and are effective with slight water redirection. Installing a quality reinforced liner will expedite evaporation efforts and has also been found to greatly improve the quality of salt produced.  Typically, multiple ponds, spanning hundreds of acres, will be separated by levees. Once the water is in the ponds, the evaporation process can begin. Oceanwater, collected directly from the sea, has a salinity level of approximately 3%. By solar evaporation, and sometimes fires lit beneath the ponds to aid in evaporation, salinity levels eventually reach nearly twenty-five percent. Once this level is reached, the salt will start to crystalize, signaling it is time for harvest. Next, a truck that is equipped with a large rake scoops the salt from the pond. It is then rinsed and prepared for distribution. Surprisingly, entire process of evaporation and harvest can take up to five years.

San Francisco bay is home to many salt ponds that date back to the 1800’s. In 1854, salt mining was actually one of California’s largest industries, with over eighty percent of wetlands developed for salt production. Today, you will see the brightly colored ponds if you ever fly into or out of the San Francisco International Airport. The colors, ranging from green to orange, pink and red, are so vibrant, that they can be seen from space! These hues are actually due to the varying salinity levels and the algae that thrive in each environment. At low levels, green algae (dunaliella salina) is present, thus, resulting in the vivid green color. Medium salinity levels lend to the presence and growth of tiny brine shrimp, which bring out the bright orange chroma. The brilliant red and pink ponds have the highest salinity and host the halobacteria called haloarchaea. It is a beautiful site from the sky!