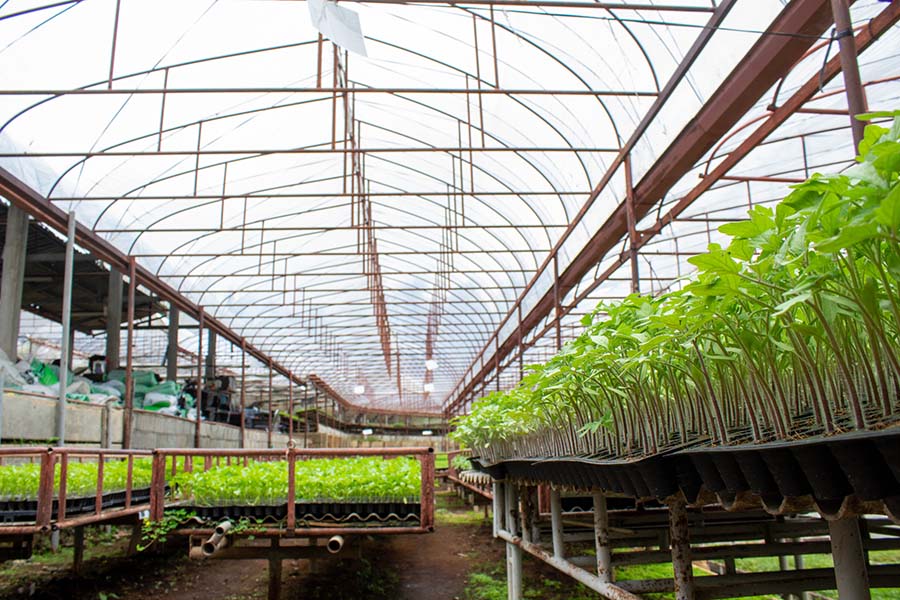 It’s not enough to select the right kind of geothermal heating system, distribution method, and heating load and automatically get good results from the equipment. Greenhouses aren’t always optimized for making the most of heat in the winter since they’re only used for short-term season extension in many areas. Stock designs, commercial kits, and existing structures all need extensive alterations to optimize them for geothermal heating. In fact, many small-scale geothermal greenhouse tests involve so many changes they don’t even resemble traditional structures very much. You don’t have to add every design element listed here for a successful geothermal greenhouse, but the more you add, the better the results you’ll get from your heating equipment.

The most dramatic design change to make a standard greenhouse more geothermal friendly is to bury it partially underground. By excavating anywhere from 2 to 18 feet and then building up from there, the walls of the greenhouse are largely protected from wind that accelerates heat loss. It also creates a highly insulated environment that doesn’t lose heat from radiation through the walls either. As long as the top and upper walls of the greenhouse are still exposed, enough sun should still penetrate for most crops. Supplemental lighting can balance out any loss of light through the walls. You don’t necessary need glass or rigid panels to cover a buried greenhouse. Since the frame or separate retaining walls are designed to hold back the weight of the soil, there’s no need for the film to bear weight or have a specific tear resistance.

Air-inflated greenhouses are built with two layers of poly film held apart by a small circulating fan, which creates an air gap to insulate the structure. If you plan to use film on a geothermal greenhouse rather than glass or polycarbonate panels, you will need to invest in a double layer design to prevent heat loss. It’s also possible to build a passive double-walled designed where the layers are held apart by the frame if there’s no electricity, but it’s better to use a battery or solar-powered fan because inflated double wall structures work better than static ones.

In addition to choosing a durable outer greenhouse cover for your structure like BTL Liner’s Armor Clear, you may want to consider installing another layer of infrared (IR) additive film or a spray-on coating inside of the greenhouse. These films and coatings reflect infrared heat back into the greenhouse as it tries to radiate out through the poly film cover. These materials work best when paired with poly films rather than glass or rigid panels, and in fact can reduce heat loss by up to 35% on a clear night. This makes poly film nearly as insulated as glass at a fraction of the cost.

All greenhouses have the potential to develop condensation issues, especially in winter. As your heated air hits the cold barrier, of the exterior layer of poly film, water rapidly condenses and may rain down on your plants or make everything muddy. Wet greenhouses tend to develop rapid cases of powdery mildew and other diseases, even when you’re keeping temperatures relatively cool over the winter. Heat pumps have a drying effect on the air they process, so ground-to-air or water-to-air systems relying on this equipment may mildly dehumidify the greenhouse. Direct air circulation from underground is more likely to increase condensation rather than reducing it. Dehumidifiers can be installed near the air supply to reduce humidity before it reaches the rest of the greenhouse.

Changes to the operation and goals of the greenhouse also help you adapt to the limitations of a geothermal system. While heat pumps can continue to produce heat even when above-ground temperatures are well below freezing, they still can only overcome so much of a temperature difference. Reducing your winter temperature goals, from tropical simulation to a more temperate spring or fall range, can help you choose crops that don’t mind fluctuations in heat levels. It’s perfectly possible to keep a greenhouse 80-90 degrees Fahrenheit in the winter with a geothermal system, but you may need such a small greenhouse space and such a large geothermal well system that it’s not a feasible option. It’s much easier to keep the space above 50 degrees F, or even easier to stay above freezing, than it is to hit high tropical temperatures in a cold climate. This will help keep electrical costs low for greenhouse owners that are trying to switch from a more costly system.

Along with choosing crops that can handle cooler temperatures in the greenhouse, consider the specific varieties you plant. Hardiness to both temperature spikes and dips is always a good trait for crops grown over the winter. Geothermal systems are easily thermostat controlled to shut off heating on a warm day, but there’s still a chance of rising temperatures until the blowers or radiators shut off and the vents open. Look for plants that don’t mind getting cold without freezing and won’t die-off from a 20-degree temperature spike to get the best results from a geothermal greenhouse.

Unless you’re using a completely passive system with no fans that shut off in a power outage, you should invest in a backup system to switch on when the geothermal heating fails. An electrical furnace or even some simple space heaters will work in a pinch if your heat pump breaks down, but they won’t run if there’s a power failure. A generator is your best choice for powering the existing heating system and any space heaters that might be needed in addition. You might be choosing a geothermal heating design in part to get away from using fossil fuels, but a temporary use of them for backup heating is worth the cost to prevent complete crop failure.

Passive geothermal greenhouses, in particular, rely on thermal storage systems to trap whatever heat is available during the day. This maximizes solar gains in addition to the heat derived from any buried wells or tubes. Thermal storage can be as simple as a row of black water-filled metal drums, lined up on the South face of the greenhouse, or as complex as a computer-controlled series of heat batteries. Adding basic thermal storage, like large masses of soil and water-filled containers painted black to absorb light, will stabilize heat drops during the night, regardless of the type of heating system used for the greenhouse.

With these tips, you should understand how to alter your current greenhouse plans to make better use of geothermal heating. If you only plan to tap into a geothermal power source, you likely won’t need as many of these alterations to reach the same goals. Most greenhouses, regardless of heating, will benefit from these design choices since they minimize heat loss. No matter what kind of greenhouse you plan to build, you can always turn to BTL Liners for help. 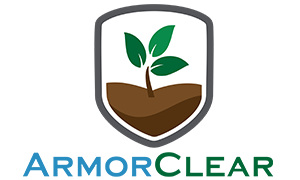