How the Winery’s Irrigation Method Interacts with the Pond 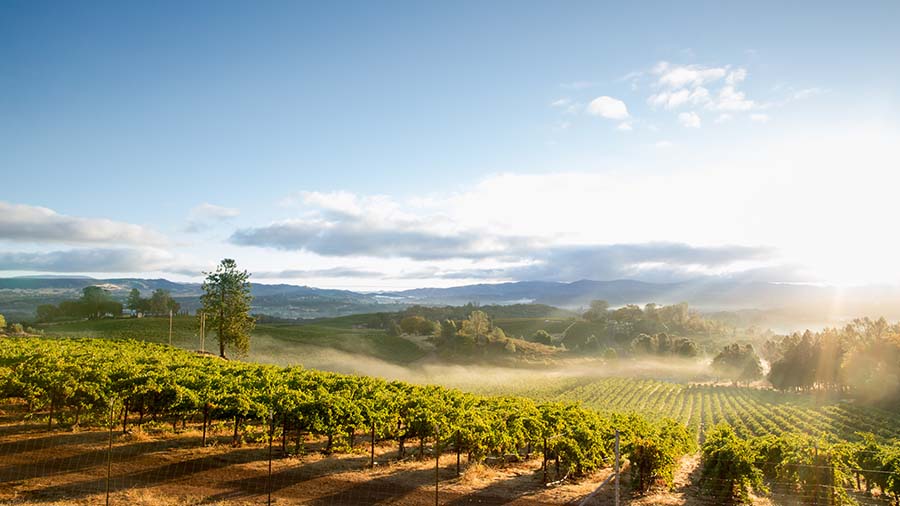 The irrigation method you choose, for keeping your vineyard going in times of drought, does more than affect the total cost of operation. It’s also a direct contributor to the conditions of the irrigation pond, whether that’s a positive or negative effect. In turn, the condition of the pond affects how well the entire irrigation system works to keep the vines hydrated. Without paying attention to how the two systems interact, it’s easy to struggle with the same challenges year after year.

The most obvious interaction from the pond to the irrigation equipment involves sediment and dissolved minerals. Hard water clogs tiny openings in everything from showerheads to irrigation emitters. Pulse and micro-spray emitters are often somewhat more resistant to clogging than drip lines, but eventually, all emitters close up if there’s a high level of calcium, magnesium, or iron in the irrigation water. Treatment methods added to the storage pond can remove or settle out some of the water to soften it before it’s distributed to the more sensitive equipment.

When a pond is partially or fully drained by a sudden surge in irrigation demand, its water quality drops and can remain effected even after it refills. Sprinkler systems have the high demand at one time, but they tend to run less often because they’re delivering so much water per use. Drip and micro-spray irrigation are much lower in use but run more frequently. This can drain a pond slowly over the course of an entire season before you notice. No matter the type of irrigation you prefer, using techniques like mulching and cover crops to minimize evaporation can reduce the amount of watering needed at once to preserve pond levels.

Sizing the Pond for Fluctuating Demand

Don’t just consider average daily demand when sizing a pond’s volume. Calculate your volume figures based on the highest possible demand from the worst year of potential drought. This ensures your pond won’t run empty when you’re in need of water the most. Undersized ponds are acceptable if you plan to expand with more storage areas in the next few years. However, don’t forget to carry through on your plans. Paying to truck in irrigation water because you didn’t add enough water storage capacity will make it hard to turn a profit during bad periods of drought.

Many wineries are eager to cover areas of bare soil in order to preserve topsoil, control erosion, and slow evaporation for efficient watering. However, this also affects any nearby irrigation ponds that relied on surface runoff for refilling. It’s surprising how much a little extra runoff from a bare surface can add to a pond after each rainfall. Mulch or cover crops can reduce flow so that a pond that once stayed full suddenly looks like it’s leaking due to a slow but steady loss. Try switching to a more effective watering method, or pattern, to see if the problem is really a leak or just a result in watershed changes from your erosion control efforts.

Fertigation is a popular method, especially for newly established vineyards and wineries that need their vines to grow as quickly as possible. It’s less widely used for old and traditional wineries, but some farms are experimenting with it even to deliver specialty biodynamic formulas. Yet, fertigation equipment is more likely to clog and develop issues than plain irrigation equipment due to the higher levels of minerals. Adding in organic material from wastewater or compost tea products can exacerbate these problems. A fertigation program may also add to electrical demand due to extra mixers and pumps or increase water demand depending on the planned program. Make sure to address all these extra concerns while sizing pumps and pipes so it’s easy to clean out any clogs.

If you have an existing pond or irrigation system, designing the missing system to fit can take quite a bit of work. Designing both systems to work together from the beginning is often easier, especially on a demanding agricultural project like a winery. Don’t be afraid to overhaul any existing irrigation or ponds to make them better fit your new ideas, including with new liners from BTL Liners.