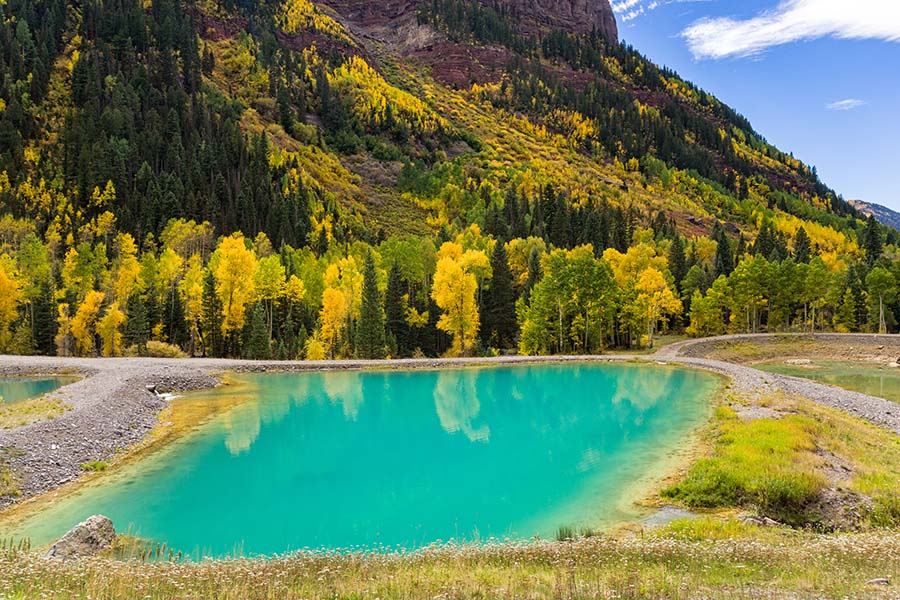 With such sensitive material being handled in the leaching pad and processing pond system, it’s not surprising that many states require these facilities to integrate constant leak detection systems. Catching a leak at the first sign of solution loss requires more than just careful measuring of the total volume. By using two layers of liner and a second material installed between them, it’s possible to capture samples of any water that leaks out and therefore catch the problem early. Learn what you need to know about using leak detection equipment in process ponds for mining recovery.

Leak detection systems can only be installed on barren and pregnant processing ponds with welded double liners. The top liner is sealed to the bottom layer to trap any water that makes it through the initial layer. If the two layers aren’t sealed together, water would escape around the edges instead of being forced to the sump well. A single layer of liner would also simply let the moisture escape where it couldn’t be easily detected with an automated system. By creating a sealed gap for trapping any water that leaks through the top liner, it’s possible to determine roughly how much water is leaking on a daily and weekly basis.

Another essential part of the leak detection system for process ponds is the center layer of geogrid textile. This porous plastic is essential for directing water to the various testing wells and recovery points so that sensors detect an unexpected source of moisture. Without the grid installed between the two layers of liner, the water would simply pool up and never reach the points at which leaks are detected. Use only grids designed for use with leak detection systems since other geotextiles used for underlayment won’t offer the right amount of porosity.

Large diameter PVC pipes are inserted between the two layers of liner to access the space between them. It’s easy to run a sampling tool down the pipe and retrieve any accumulated water for a quick test. If a substantial amount of water is removed from the testing well, it’s a clear sign a leak has developed somewhere in the top layer of liner. The water you sample is easily tested to see if it’s the solution being stored in the processing pond or a source of fresh water that’s rising up through the barrier at the bottom.

For maximum protection of the environment and against fines from the EPA and state agencies, invest in separate groundwater monitoring as well. Regular samples and testing of the groundwater under and around the ponds will reveal if any leaks or overflows are affecting the area. It’s usually less expensive to detect a problem and pay for remediation immediately rather than waiting for another agency to discover your mistake. Permanent monitoring wells are easy enough to drill in multiple places around the perimeter for convenient daily, weekly, or monthly testing.

Leaks are a serious problem when it comes to processing ponds. The best approach to stopping leaks starts with the right liner. Choose ArmorPro from BTL Liners for a flexible material you can trust to withstand difficult conditions year after year.