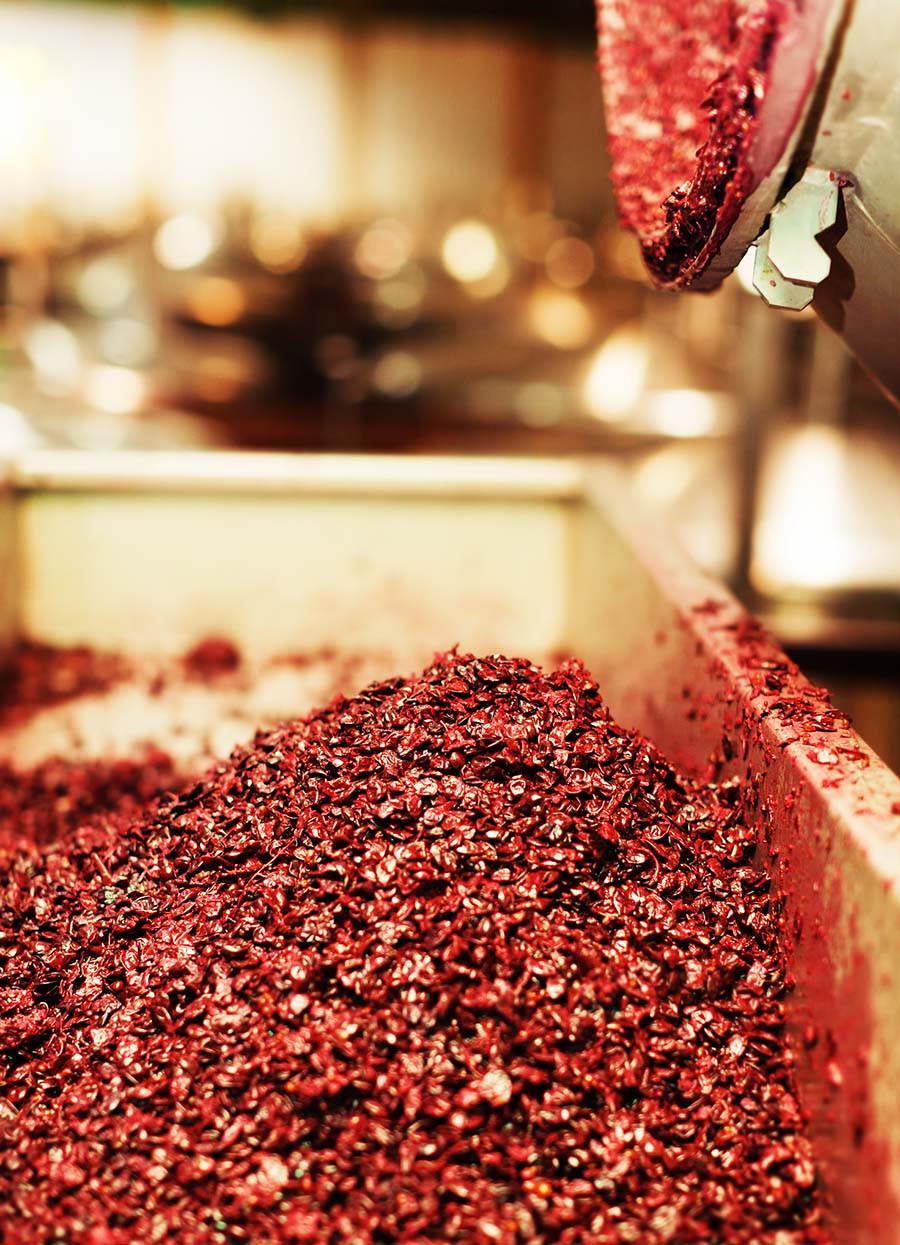 When considering the risks of creating an unpleasant odor or setting aside multiple acres of open land for ponds, many wineries assume that above ground tanks are a better choice. However, storing winery wastewater in tanks has its own issues. In most cases, medium to large wineries won’t find tanks a practical choice unless they’re buried and therefore tricky to dredge. Unless wineries have little to no other options due to local waste handling codes, open or covered ponds are generally a better choice. Here are a few reasons why.

Ponds are far easier to size, to handle surges and flooding conditions, than tanks. Rigid tanks hold a limited amount and larger tanks become exponentially more expensive. When expanding an operation, digging a new pond may take longer than putting installing above ground tanks. Yet, the in-ground basin is easier to size for future expansion. Few wineries can afford enough tanks to handle a potential doubling of their wastewater output, but in comparison, doubling the size of a necessary pond is generally not near as expensive.

It’s not easy to directly compare the cost of tanks to ponds because they have very different requirements. For example, above ground tanks will require concrete pads even if they only hold a few hundred gallons. In-ground ponds are less likely to need concrete, but they will require a liner and excavation costs can vary greatly between regions. Get quotes on the complete installation process for each, before assuming one is less expensive than the other. Don’t forget to factor in long-term ownership and maintenance costs as well. Ponds are generally less expensive to maintain, especially over the course of decades, because they’re not prone to corrosion or splitting like metal and plastic tanks respectively.

Ponds tend to pose less of a leak risk when properly lined, although they can still flood and may release liquids through seepage if not lined. Tanks are riskier because their raised position, above ground, causes the wastewater to flow into buildings, around vehicles, and into nearby homes and businesses far more easily. Buried tanks reduce this risk, but the sudden release of liquid underground causes sink holes, destabilization of building foundations, and water table contamination. Ponds are generally easier to maintain for ongoing leak control. It’s also possible to find leaks, even in buried liners, without draining or dredging the pond through the use of electrical resistance equipment.

The acidity and high level of microbial activity in winery wastewater also interfere with its storage in most metal tanks. While stainless steel tanks are used for holding the juice and wine during the various stages of pressing and fermenting, they’re designed specifically for corrosion resistance. It’s too expensive to use this high chromium steel for the bulk wastewater holding tanks too. Plastic tanks are corrosion resistant, but they’re prone to other forms of damage such as UV degradation. Ponds solve this problem if you choose a non-reactive and chemical resistant liner. Many pond liners meet the qualifications for winery wastewater since there are no extreme acids or hydrocarbons mixed in. Salinity and acidity are relatively tame compared to what’s found in other types of wastewater also stored in lined ponds.

There is a common misconception that only a fully enclosed tank can provide true odor control for a winery located near homes and businesses. Open ponds can be nearly unnoticeable, even when bordering visitor areas or homes, when properly aerated and tested on a regular basis. Storing the wastewater in enclosed tanks encourages anaerobic conditions that are far more likely to produce odors. The gas will still escape when the tanks are drained or opened, so the problem is only deferred and concentrated. Bioreactors at least aim to break down the waste rapidly, in the anaerobic environment, so that odors dissipate before the container is re-opened. Covered ponds can also work better than tanks in areas where total odor control is necessary.

Tanks are generally only designed for short term storage for winery wastewater. Unless the tanks are part of a large septic or bio-reactor system, the water pumped into them will simply sit and stay relatively contaminated with organic materials. Minimal processing or treatment occurs in a filled, closed tank with little agitation or air exposure. If you want to reuse wastewater in any way, it will need some kind of treatment; typically involving aeration. Open-topped tanks, designed for sewage treatment, are available for these methods. Usually, these systems are so much more expensive than in-ground ponds, so few wineries choose them.

You will likely need at least a few smaller, above-ground tanks or a large buried tank to temporarily hold wastewater before it’s released into the treatment ponds. It’s possible to design direct release systems with no tanks as well, but this can reduce your opportunity to settle and filter out solids before they reach the pond. Smaller tanks, with accessible hatches, may be easier to dredge than the ponds, so consider at least one round of settling tanks in your treatment system. You can always install a liner from BTL Liners under the tanks to act as secondary containment in case they leak or rupture.