Preventing Erosion in the First Place 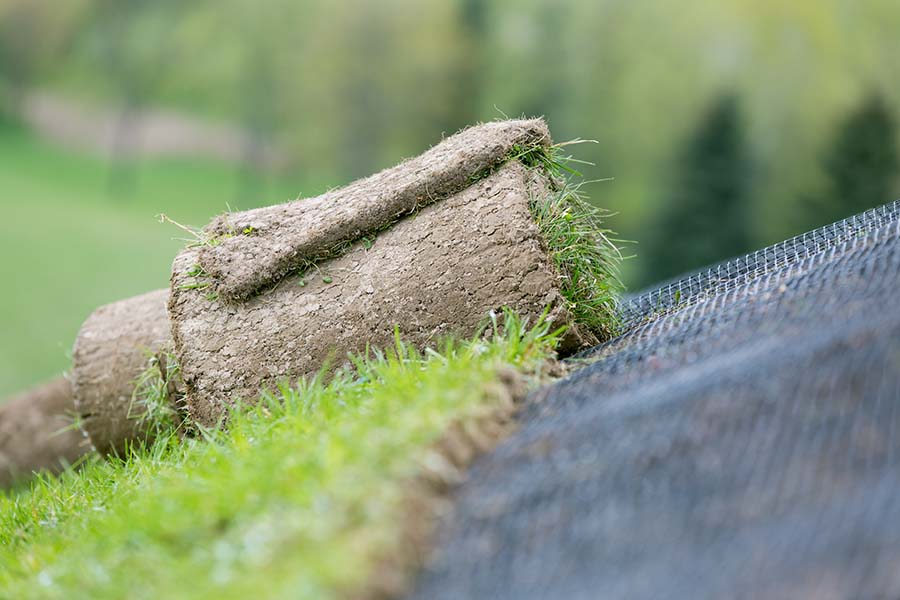 While it’s always possible that erosion will occur due to a major natural disaster, like a flood or historic storm, many of these issues are predictable and perfectly preventable. As with most things, prevention measures for erosion is generally more affordable and easier to implement than control or repair techniques. If you’re dealing with existing erosion, you’ll still likely need some prevention methods to keep the problem from spreading. Learn how prevention differs from the other approaches to erosion and why it’s an important from the start for every new development, mining site, or raw patch of soil.

Prevention vs Control and Repair

When shopping around for erosion control techniques and equipment, it’s easy to confuse the various steps necessary to deal with this problem. However, these three stages are all distinct and require slightly different adaptions of related techniques, such as the use of soil stabilizing geotextiles from BTL Liners.

Erosion prevention is the first stage, that aims to keep both wind and water from reaching the soil surface altogether. Many prevention techniques require planning before any vegetation or soil is disturbed, reducing the total amount of work necessary for eventually preventing damage. Only a handful of prevention methods are applicable for sites in use or after retirement.

Once runoff or wind is beginning to affect an area, but hasn’t caused much damage yet, erosion control is the most appropriate response. These control techniques are more advanced than prevention methods, but they’re still not quite as expensive or extensive as repairs. Minor soil stabilization, reinforcement methods, vegetation restoration, and the use of geotextiles and cover materials will all act to control early stages erosion before it can become a severe problem.

A limited selection of the most common methods for erosion prevention include:

Established structures, sites, and mining projects generally require a combination of at least prevention and control to deal with both ongoing and potential erosion. When installed properly, techniques like re-vegetation and geotextiles can serve both purposes at the same time. However, it’s more likely that you’ll need at least two different techniques when trying to handle both control and prevention stages at the same time. Mix in some seriously eroded areas, that need intensive repairs, and you’ll definitely have your hands full in combining the various proven methods for erosion.

Soil surface stabilization, or improvement, is almost always the goal when both prevention and erosion control are needed at the same time. Once erosion begins, but hasn’t caused extensive damage, it’s usually due to a wide range of soil conditions that are harder to directly improve. Covering the soil with a layer of impermeable or permeable geotextile is one of the most reliable ways to start a combined approach. Since the flexible material acts almost like a skin, to keep water and wind from actually reaching the soil, it’s a powerful tool for dealing with potential and early stages of erosion.

When choosing textiles, grids, and other reinforcements to stabilize the surface of the soil, it may be tempting to choose products made from bio-degradable materials. The manufacturers of these products often market them as being more environmentally friendly, and they may cost less as well. However, bio-degradable is usually the wrong idea for long-term erosion control. Unless you know you only need bolsters or nets to last for a few months while plants become established, you’ll want synthetic products that will last for years at a time. Geotextiles and geogrids, in particular, are difficult to replace more than once every few years at the most. With careful installation and some occasional maintenance to restore the cover material, synthetic and polymer-based products can last for decades without needed repair or removal. If it’s necessary to use temporary, bio-degradable erosion controls, make sure to follow them up with longer lasting materials later.

It’s not enough to simply install erosion prevention or control measures and expect them to last without any further attention. The schedule for inspection and assessment should be determined based on a number of factors; including the risk of damage, the soil conditions, severity of any slopes, and local rainfall amounts. For example, a very steep slope made of loose soil, in an area with torrential rain, may need monthly or even weekly inspections. A nearly flat area in a desert may only need annual attention to verify the erosion protection methods are working. Keep records, preferably photographic, of the erosion risk zones in various conditions will show what you’re starting with and how the methods are working over time. Good record keeping helps you discover the earliest signs of erosion problems while they’re still small and easy to deal with.

With housing developments, logging operations, and agriculture in particular, there’s a lot more flexibility in the placement of erosion causing features like roads and bare fields. Avoiding slopes, and keeping sensitive areas vegetated, works best when worked into the site design rather than attempted as a retrofit after the fact. Unfortunately, other demands for attractiveness or lower costs can compete with the interest in erosion control and prevention. If you’re having trouble getting approval on the erosion adjustments you know a project needs, try outlining the risks of soil movement at this particular site. Showing photos and costs from similar projects that were interrupted by erosion should help win shareholders over to understanding the need for careful feature placement and limitations on soil disturbance.

Overarching water drainage control measures are often overlooked as an important erosion prevention tool. Instead, more direct applications like geotextiles and rip rap get more attention. However, directing water away from bare soil or covered slopes is better than trying to control the runoff once it reaches the surface. Ditches and buried drains are two of the most popular methods of drainage control for large scale sites, but they’re far from the only options. Berms are a good option, that involves digging a ditch and then using the extra soil to build a raised lip along the edge of it. Large water control berms can reach six feet or taller before qualifying as water containment dams and dikes, but all three techniques work well for protecting erosion prone areas. Don’t forget to plan for containing and dealing with all that water. Most drainage systems connect to a containment pond or discharge into a nearby public sewage system. If you’re planning for a big project, like a mine or a multi-unit housing development, a sealed impoundment pond is likely the best option. Make sure to choose a reliable pond liner from BTL Liners if you’re building a complete drainage system to prevent erosion.

While you should always aim to prevent erosion in the first place, sometimes all the prevention measures in the world aren’t enough. It’s also possible for an unexpected flood, windstorm, or fire followed by rain, to cause unexpected erosion. Don’t panic if the soil starts moving unless it’s posing a safety risk to you directly. There are plenty of options for erosion control and repair after it occurs, along with prevention techniques you can implement to offset future risks.