The Main Uses for Brine Ponds 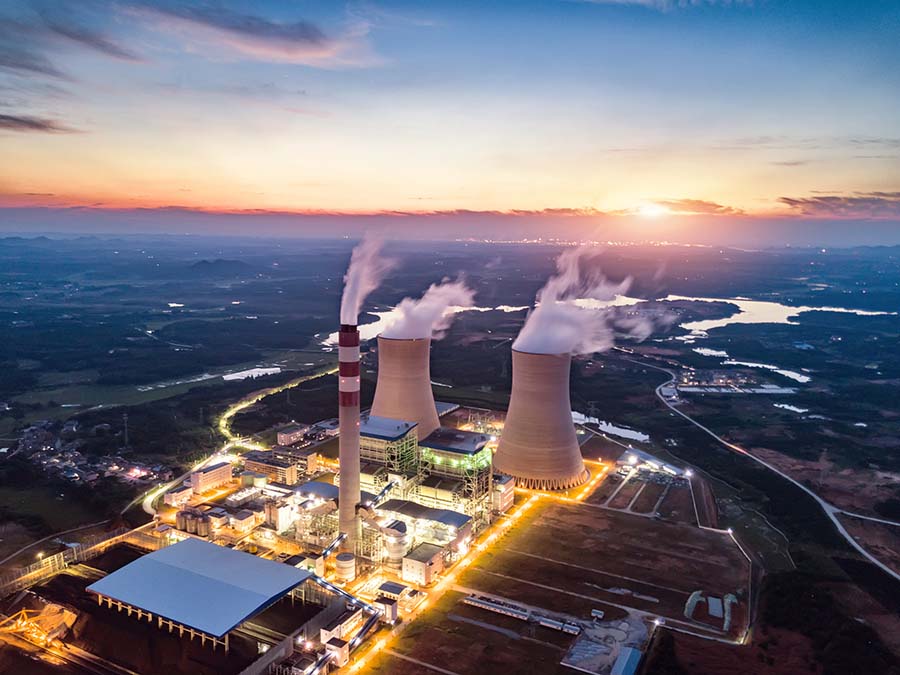 Brine ponds are all involved in the storage or processing of brine, but the specific purpose for the pond can vary greatly. Aside from a few specific uses that are rarely seen on a commercial scale, brine ponds tend to fall into one of the following general categories.

Brine plays an important role in how natural gas is currently stored and handled. Natural gas is most easily stored in its liquid form, so mining companies extract it and pump the raw liquid into underground caverns. While drained mines and water reservoirs are sometimes used, naturally occurring salt caverns are highly popular because they’re less porous than other underground caverns, preventing the loss of valuable product. However, the water in the salt caverns prior to pressurization and the injection of natural gas is a very concentrated brine. Brine is also produced when the salt cavern is first formed by flushing water through the deposit until a large cavity is dissolved and ready to fill with natural gas. The brine has to be removed to leave space for the liquid gas, and the resulting liquid either needs processing through evaporation or secure storage for reuse. In both instances, brine ponds are the best solution.

Reusing the initial brine is generally chosen over evaporation since there’s an ongoing need for a steady supply to pump back into the cavern. Storing used and fresh brine in brine ponds allows the natural gas facility to keep reusing the same brine for the retrieval process, reducing costs and contamination risks. Pumping brine into the salt cavern increase the pressure so it’s easy to retrieve the liquid gas, and since brine is much heavier, it forms layers that make separation easier than you might think. If a facility would rather process the contaminated brine rather than hold and reuse it, brine evaporation ponds are still the best choice since they cost so much less than reverse osmosis in the long run.

Dealing with Produced Water from Fracking and Oil Processing

Flowback water is essential to the hydro-fracturing process. This process, also known as fracking, results in copious amounts of water, largely composed of brine. Each well can require up to 5 million gallons of water with a high salt concentration. Much of the water flows back up and out of the well during the fracturing process. Some water is left trapped below in the caverns that once held the oil deposits, but thousands to millions of gallons will emerge and need storage. This used brine is contaminated by a wide range of potentially hazardous chemicals. Known as produced water, this manufactured brine is far saltier than natural seawater. Since many states have banned the release of produced water into treatment or sewage facilities, long-term storage brine ponds are the best option for storing the water so it can be reused. This also makes the fracturing process far more environmentally friendly since there’s only a fraction of fresh water needed for each new operation when reclaim has been maximized.

Underground salt deposits seawater are mined all over the world, with millions of tons of salt still produced through evaporation. This salt is used both as food-safe sea salt and for industrial purposes like road deicing and manufacturing. Sea brine contains about 3.5 percent salt by weight, making it an efficient source of ready-to-use sodium chloride. Harvesting from seawater or similar brines is a relatively straightforward process of slowly evaporating the water until only crystals of salt are left behind. Lined brine ponds protect the surrounding soil and waterways from potential salination from the concentrated brine.

It’s estimated that there are over 20,000 desalination plants currently operating worldwide as of 2019, with many more to open in coming years. These plants will continue supplying drinking water to growing populations far from aquifers. Regardless of whether the facility relies on vapor creation or reverse osmosis to filter out salt and other dissolved minerals, some amount of highly concentrated brine is left behind. Desalination plants tend to release this brine back into the ocean they’re drawing from, but the heavier brine settles to the bottom and causes serious damage to sensitive reefs and similar ecosystems. Evaporation in brine ponds is a much better choice for most desalination projects since the salt produced is a valuable resource of its own.

Brine ponds are widely used in brine mining, which is the technical term for harvesting minerals dissolved in water through evaporation. Sea salt harvesting is one of the most common forms of brine mineral, but there are many other valuable minerals to harvest from underground water deposits or the ocean. Lithium, in particular, is widely harvested through this method because it’s largely found in the form of underground brine. Some mineral-rich brines need specific additional processing before evaporation, while others are ready for the ponds as soon as they’re harvested.

Brine ponds that aren’t used for processing wastewater are usually intended for short or long-term storage instead. In addition to the mining uses listed above, stored brine is also useful for manufacturing reuse, spraying on roads for deicing, and irrigation use where soil conditions are right. These ponds definitely require proper lining with a product like BTL Liner’s Armor Pro to ensure valuable brine isn’t lost during the storage period.

In areas where soil salinity can be traced to a shallow water table filled with brine, pumping the water out into a pond can increase the amount of arable land available for agriculture. This brine is usually either purified for use as irrigation water or evaporated in a pond. If there’s enough water and there’s a local demand for brine for manufacturing or mining and gas extraction, it may be pumped and diverted there by a temporary pipeline or tanker cars instead.