What Liners are Available for New Cisterns? 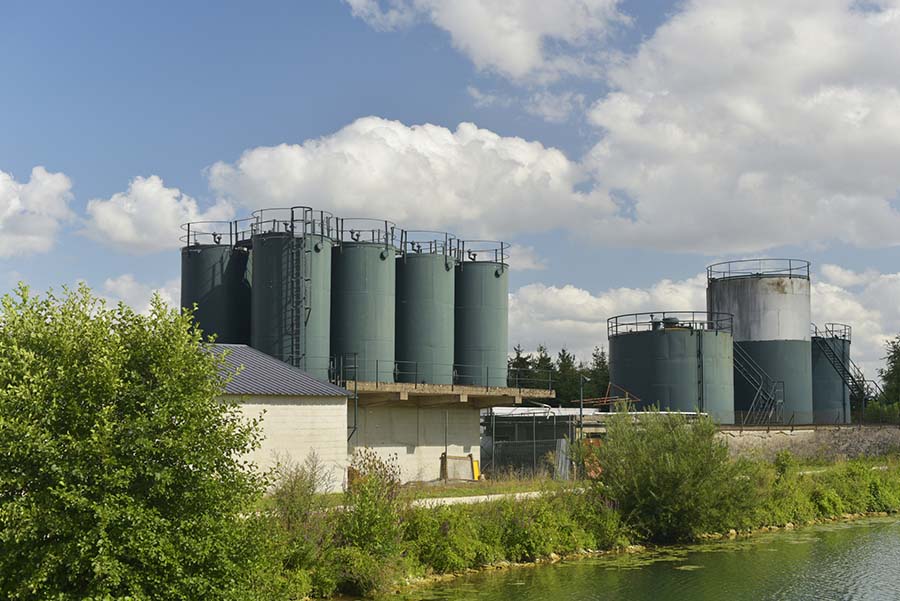 It’s easy to assume that a brand-new fiberglass tank, or freshly excavated pond, will hold water perfectly from day one. Unfortunately, all too often, this is not the case. In-ground and buried cisterns require lining to hold water, since the soil alone isn’t enough to prevent seepage. Even concrete lined cisterns will lose water over time since there are tiny pores in the surface of the material that let water escape. Solid plastic and fiberglass tanks usually last for a few years without leaking, but eventually they develop a tiny pinhole somewhere. Metal tanks can suffer from leaks from the beginning if there are any hard-to-detect welding errors. No matter the material or construction method, new cisterns perform best when lined just like older ones.

Solid tanks generally serve as their own liners, especially when constructed from a polymer that is already potable water safe. Yet as they age, these structures inevitably break down from UV exposure. Cracks tend to form around seams due to the pressure of the water constantly pushing outward on the side of the solid tanks. Many tanks that look like they were cast in one piece were assembled with plastic or metal welding instead, creating weak points for stress to threaten. Adding a liner before a solid tank develops a leak is the best way to relieve pressure and protect these weak points.

For in-ground ponds, buried vaults, and concrete raised tanks, flexible geomembranes are an essential part of construction. Without the layer of impermeable liner in place, all of these structures would simply lose water over time to seepage. Seepage is the effect in which water travels through tiny gaps between particles in sand, soil, concrete, or anything else that’s porous. The flexible geomembrane protects the porous surface so that water can’t soak into it and through it like a sponge. Make sure to specify a geomembrane in your new design rather than relying on whatever is supplied by the construction team. Liners used for other types of ponds rarely work well for the demands of cisterns.

Spray and Roll on Epoxy Coatings

Most fiberglass and prefabricated metal tanks feature some kind of sprayed or rolled on coating to protect the inside of the tank. This coating also helps prevent rust or fiberglass chemicals from mixing into the water supply stored inside the cistern. These coatings may be rated for a certain number of years, but they can always fail prematurely due to unforeseen complications like high temperatures or hard water. Make sure to check on these coatings regularly and watch out for signs of rust or corrosion so you can add a new liner when it’s needed to prevent leaks from forming.

New concrete cisterns should be sealed with a spray-on or roll-on coating even if a flexible liner will be installed. This provides a second layer of protection against leaks in case the first layer of liner fails at any point. Sealants also tend to protect new concrete from UV rays and other forms of weather like acidic rainfall. Don’t skip the recommend sealants just because you plan to use another form of liner, especially on the outside of the cistern that won’t be covered by geomembrane. Even exterior concrete is exposed to the weather and needs protection to remain stable and strong over decades of use.

Don’t wait until a new cistern becomes old to invest in a liner material. Lining a cistern right from the start is the best way to minimize both maintenance and repair costs later. With a little care and a liner from BTL Liners, you can build a new cistern that remains valuable and productive for decades.