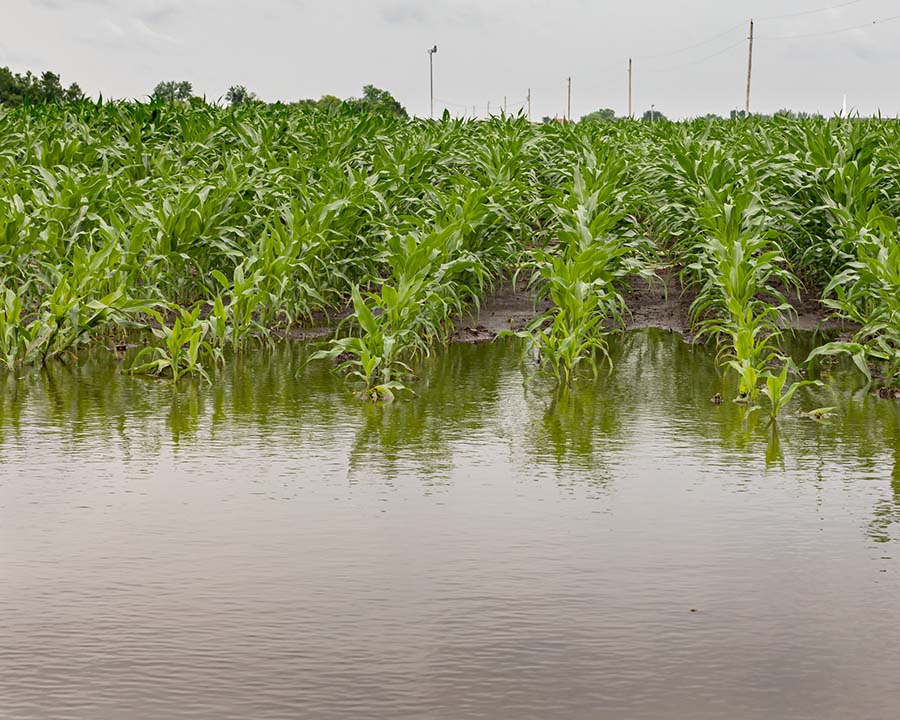 Dry areas are often used for crops that need high levels of water as long as soil conditions are correct and irrigation sources are available. California’s extensive dry land cropping system is a good example of this approach. Unfortunately, the intensive irrigation required to grow moisture loving plants in dry environments often leads to thoroughly saturated soils that are hard to dry out again. Subsurface drainage systems allow for the reclamation of the water that settles in the soil, reducing the chance of a perched water table that damages valuable crops. Even plants with high water demands don’t like to sit in constantly flooded soil.

Clay soils also tend to developed perched water tables. This means that water is trapped and saturates the soil at a much higher level than it normally would. As fields are conventionally plowed and tilled, a hardpan forms from the clay compacting together into a smooth sheet of water-blocking soil below the surface. This means that your irrigation water is likely to saturate the first few inches of soil and create the same effect as a very high water table. Installing subsurface drainage tile and pipes gathers this water out of the soil so you can keep up with a steady irrigation schedule without worrying about flooding or root damage.

If you see standing water in your fields and ditches aren’t doing much to reduce the problem, you’ll likely need to go underground to solve it. Some fields have a sunken or convex shape that leaves the edges of each plot higher than the center. This prevents the steady flow that occurs with even a slight slope towards a drainage ditch placed at the lowest point of the field. Subsurface drainage tiles are located where the water accumulates, regardless of the location, to redirect the unwanted ponding without requiring extensive grading and reshaping of the soil.

Compacted soils may open up temporary when tilled or raked, but they quickly settle back down into a rock hard layer after a few cycles of wetting and drying. It’s hard for seeds to penetrate compacted soils, and water tends to stand on the surface rather than soaking in due to the lack of space between soil particles. This can lead to plants withering in the fields despite adequate rainfall and backup irrigation. Subsurface drainage can keep water flowing through the field and away again as you work to reverse the compaction effects with amendments and the addition of fresh organic material.

Soils that have accumulated a lot of salt over years of irrigation and fertilizer use may benefit from subsurface drainage tile. It’s possible to increase irrigation volume without flooding the soil after adding the drainage system. As long as the irrigation water used is free from salinity, it will help rinse the accumulated salt out of the soil over time. This can rehabilitate damaged fields that aren’t productive anymore, even if it might take multiple seasons of irrigation and cover crops to remove a significant amount of salt.