Which Liners Work Best for Lining Damaged or Old Cisterns? 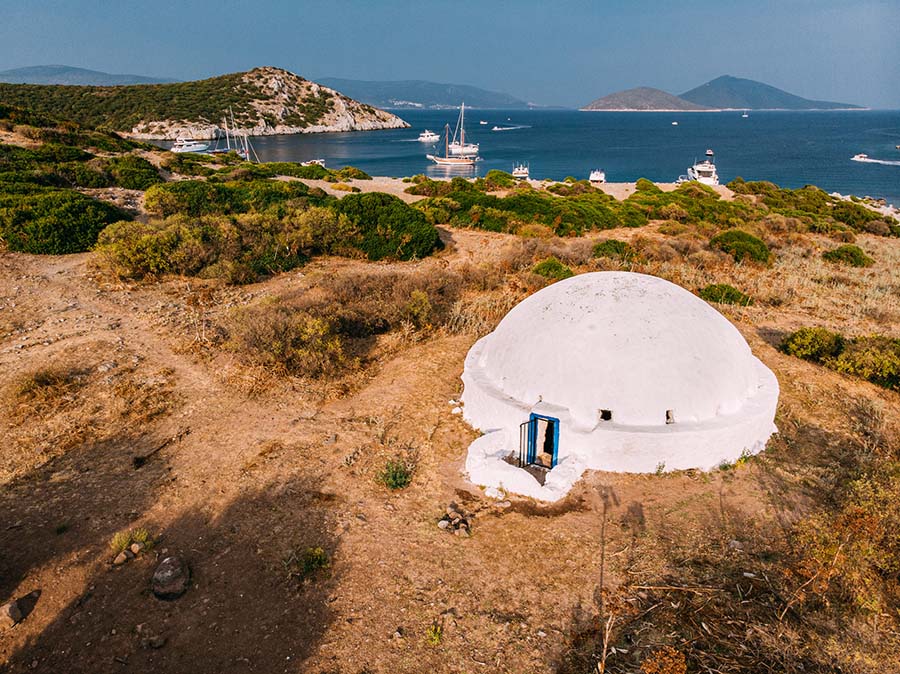 Once you’ve decided you want to restore an existing cistern rather than building a new one, you need to choose the right lining product. Most cistern liners available for new designs also work for repairing older ones, but some coatings can only be applied in a manufacturing setting. If you’re shopping around for the right lining to seal leaks and stabilize your aging cistern, compare the three main options and see how they stack up against each other. You’re sure to find that flexible geomembranes, particularly those from made reinforced polyethylene (RPE), are the best choice for the majority of large cisterns.

Epoxy and resin-based coatings are often recommended as the primary lining option for a water cistern because they’re liquid and easy to apply. Sprayers or rollers allow for fast application of an even layer of the material. However, it’s almost impossible to tell when you’ve missed a spot or applied the coating a little too thin somewhere over the surface. Some epoxy coatings are not potable water safe either, increasing issues with chemicals leaching into the water. While these liquid coatings are advertised as offering flexibility to move with shifts in the soil, no epoxy or resin mixture can compete with the amount of slump and stretch offered by a geomembrane. These products are best used for small residential cisterns only or for sealing cracks before a secondary flexible liner is added.

Many older, concrete cisterns require a new layer of hydraulic cement as a primary liner before the structure is filled with water or put into use again. Concrete and cement slowly break down over time when exposed to water, leaving behind a rough and crumbly surface that reduces the structural integrity of the cistern. Applying new coatings of hydraulic cement every two to twenty years, depending on the water stored in the cistern, is a routine part of maintenance. Yet without the addition of a liquid sealant, cement and concrete can’t contain water on their own. Coatings of hydraulic cement are important primary liners to stabilize the walls of the cistern, but they’re not the final impermeable coating needed. Installing geomembranes over the cured layer of new, hydraulic cement eliminates the need to continuously re-coat the inner surfaces of a concrete cistern. Thus, saving you thousands of dollars on cement and sealant over the years.

Don’t assume that only liquid coatings will work for an existing cistern. This is a common claim in marketing materials, but it’s actually easier than you might think to cut and shape flexible geomembranes to fit the inside of a tank or vault. Cistern lining lasts for years without much attention or maintenance only if you include a layer of flexible geomembrane. You can use hydraulic cement and resin-based coatings to stabilize the interior surfaces, but you’ll still need an impermeable layer to actually contain the water. Geomembranes, especially those from made from reinforced polyethylene (RPE), are more flexible than you might think. They’ll bend into the tightest corners and fit around protrusions like pipes and pumps with minimal work. With the right gaskets and mounting equipment, flexible liners can be fit to the sides and floor of a cistern in just hours. If there’s no need for adhesives, the liner can be used as soon as it’s in place. It’s easier than you might think to find potable water certified geomembranes as well, simplifying the process for restoring a drinking water supply.

There are many different types of geomembranes, and only a few of them will work for lining a cistern. Thick sheets of rubber like EPDM aren’t a great choice because they’re prone to leaching chemicals and are too thick to bend effectively in tight corners. The primary options for cistern lining are:

With the cramped space and extensive depth of buried cisterns and above-ground tanks discouraging a lot of exploration, many owners wonder why they can’t just coat or line the outside of the structure instead. This is especially popular for above-ground tanks that seem so much easier to access for external repairs. However, anything applied to the outside of the tank must fight against the water pressure contained within it to maintain stability. If you place the liner inside instead, its tension against the entire wall prevents it from being forced through a crack or hole. Internal coatings and liners work much better than external ones, but it doesn’t hurt to apply some reinforcements to the outside of an aging cistern while you’re lining the inside.

A lined cistern will last longer from the start. If you’ve decided that you don’t want to deal with lining your existing cistern, consider having it done as part of the installation of a new one. It’s much easier to access the interior for lining when it’s partially completed or before burying. BTL Liners can help recommend the right RPE product for your cistern, whether you’re lining an older one or putting in a new one.