Why Brine Ponds Are Better Than Other Processing Methods 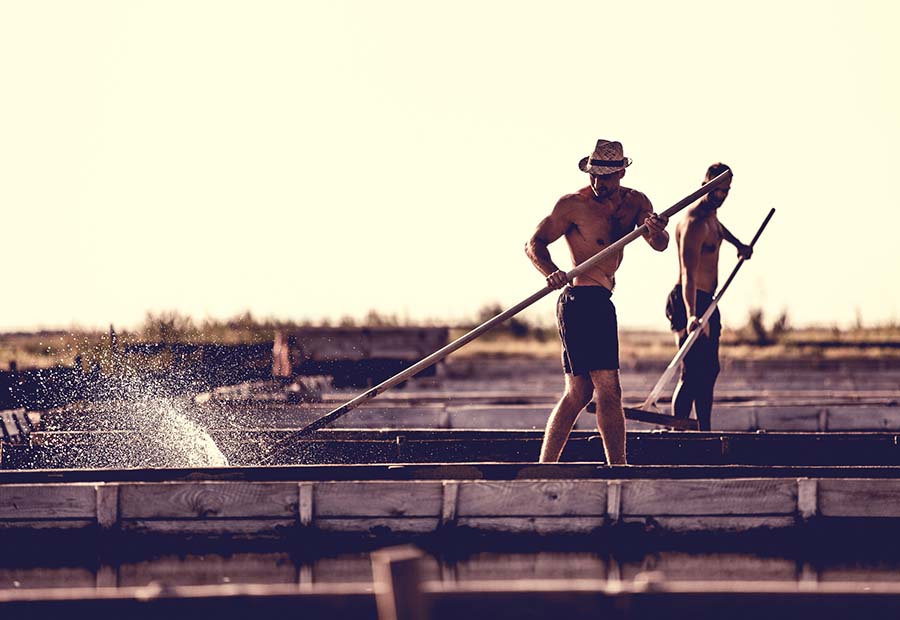 Building brine ponds with a liner like BTL Liners ArmorPro is the best way to process waste water in many situations. While some brines can only be stored in deep wells or must go through multiple treatments, the majority of these liquids are safely stored in an open and relatively simple brine pond. Sizes, depths, volumes, and length of use vary, but all lined brine ponds share some common advantages over other processing methods available for brine treatment.

Some of the benefits of brine ponds include:

The seven most common alternative processing methods used for brine wastewater treatment all feature serious disadvantages when compared to ponds.

Some brine producers wonder why they can’t simply release their wastewater onto the surface of the ground around them. This is especially true among producers creating small amounts of relatively non-contaminated brine, which seem harmless to the environment. However, high salinity itself is a problem for the health of both the soil and water around the business. Even a single discharge of brine over the surface of the ground can result in long-term effects. Due to the high chance of damage, this kind of brine release requires both state environmental agency approval and EPA permits. Only small amounts of brine with a relatively low dissolved salt concentration will be approved for processing or disposal in this way. Alternatively, it’s far easier to get approval for lined ponds.

Extremely hazardous or contaminated brine must be pumped deep underground in reused or purpose-drilled wells. Deep well injection keeps dangerous brines contained where no topsoil, water, or living creatures come in contact with it. However, the injected well never drains if it’s properly sealed, meaning that there is a finite amount of space available to use this way. There’s also always a chance of a leaking well contaminating nearby water tables that may be used for irrigation or drinking water. Constant monitoring is needed to keep these wells safe, along with routine updates of permits from state and federal environmental agencies. Deep wells are expensive to drill and maintain, especially when compared to lined brine ponds.

While other types of wastewater are best handled through a municipal sewage treatment system, brine can easily overwhelm even major systems. Unless the system has enough stages of reverse osmosis to remove all the dissolved salts, your local sewage treatment plant likely can’t accept loads of brine. Even if there’s a nearby treatment plant that can accept brine, there are high processing fees charged for this kind of arrangement. You’ll also need to pay for the installation of drain lines to connect to the sewage system in many areas since this is a non-traditional waste water arrangement.

Direct Return to the Seawater

Dumping leftover brine back into the open ocean is generally only practiced by desalination plants since they’re located on the coast already to take advantage of the steady supply of fresh brine. Yet brine dumping has negative environmental effects on delicate coastal ecosystems like reefs and kelp beds. This method isn’t an option for any kind of contaminated brine with other chemicals mixed in, only pure brines that are simply more concentrated than seawater. Some countries don’t regulate the release of leftover brine from desalination plants, but many areas charge high fees for the permits that allow for this practice.

While it is possible to use weak brines for crop irrigation in situations where the soil can handle the extra salt, stronger brines cause issues when used directly on fields without further processing. Watering with brine can leave salt deposits in the soil that reduce future yields for years to come. Soil texture plays a large role in salinity, with sandy and loose soils shedding sodium much faster than heavy clay or loam mixtures. Using brine for irrigation directly from the source also increases the chance of runoff and contamination of local waterways due to inadequate absorption rates from the soil.

The most advanced method of treating brine and other waste waters is reverse osmosis, commonly abbreviated as RO. This method is used for desalination and offers up to 20% more clean water than traditional vapor distilling methods. It also works similarly for cleaning brine wastewater. Water is forced through multiple layers of filter membranes until it’s clean enough to reuse or even drink. Yet all RO processes leave behind some amount of super-concentrated brine that still needs evaporation to completely disappear. If you’re already building an evaporation brine pond to deal with that leftover brine and reduce it down to solids, why spend so much on RO in the first place? RO is one of the most expensive wastewater treatment options and has high ongoing maintenance costs. If you have a contaminated brine that needs primary processing before it can be safely held in a brine pond, pairing RO with evaporation is likely the best approach for the most hazardous liquids.

Above Ground and Buried Storage Tanks

Ponds are similar to storage tanks, but they’re much larger and offer far greater volume at a lower price point. Above ground and buried storage tanks start out as a highly secure way to contain brine while preventing unauthorized access to it. But, the corrosive effect of brine quickly increases the chances of a failure and resulting leaks, necessitating expensive monitoring equipment especially for underground tanks. Special coatings are generally required for the inside of these storage tanks to keep the corrosive salt and other minerals from prematurely destroying the tank’s seal. Large custom fabricated tanks are highly expensive and prefabricated tanks are much more limited in volume than brine ponds.

After comparing all of these brine treatment options, you’ve likely decided that a brine pond will be used for at least part of the processing. Flexible, reinforced polyethylene (RPE) liners from BTL Liners will help you create affordable and long-lasting brine ponds that offer all the benefits and none of the disadvantages of concrete or raw dirt evaporation impoundments.